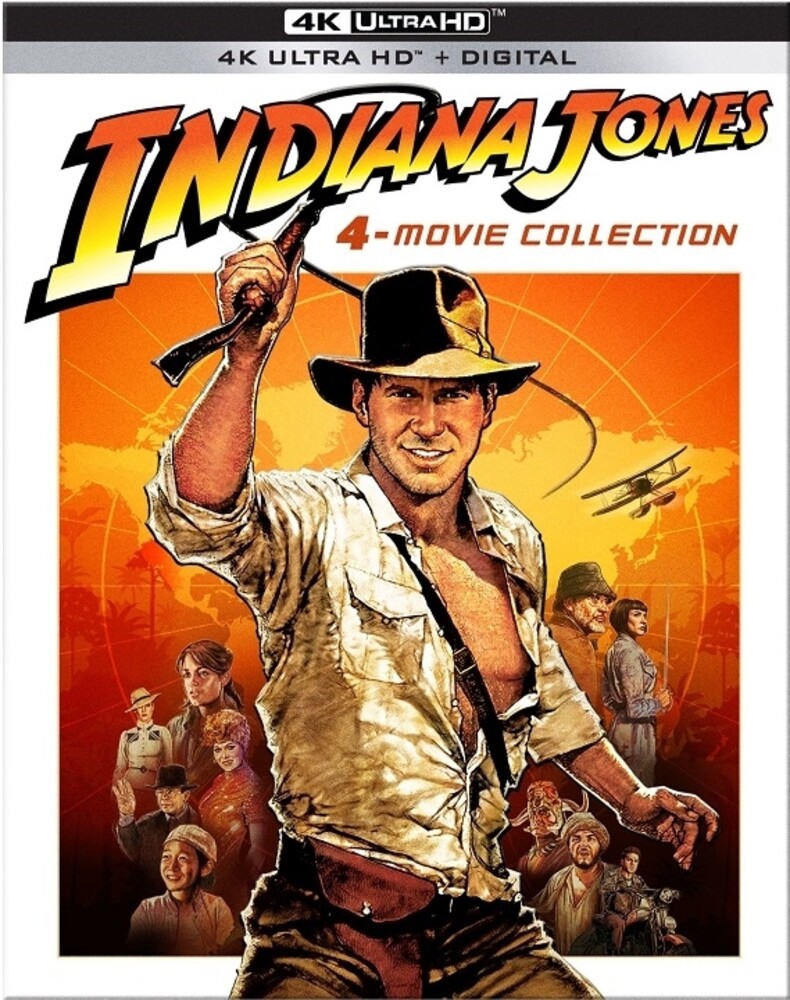 Five-disc set includes: Raiders Of The Lost Ark (1981) Indy is joined by the feisty Marion Ravenwood (Karen Allen) as he races against Nazi agents and longtime rival Belloq (Paul Freeman) to locate the Ark of the Covenant, an ancient religious artifact with untold powers. Indiana Jones And The Temple Of Doom (1984) Whip-wielding treasure hunter Indiana Jones must recover a sacred stone and free the children of an Indian village from a death-worshipping cult led by the villainous Mola Ram (Amrish Puri). Indiana Jones And The Last Crusade (1989) The third chapter in the saga finds fearless Indiana Jones teaming with estranged father Prof. Henry Jones, Sr. (Sean Connery) on a search for the fabled Holy Grail. Indiana Jones And The Kingdom Of The Crystal Skull (2008) It's 1957, and an aging Indiana Jones is joined by a rebellious young greaser (Shia LaBeouf) on a trip to South America to unlock the secrets of a mysterious crystal skull, squaring off against sinister Soviet agents and getting some unexpected aid from old flame Marion Ravenwood.
back to top