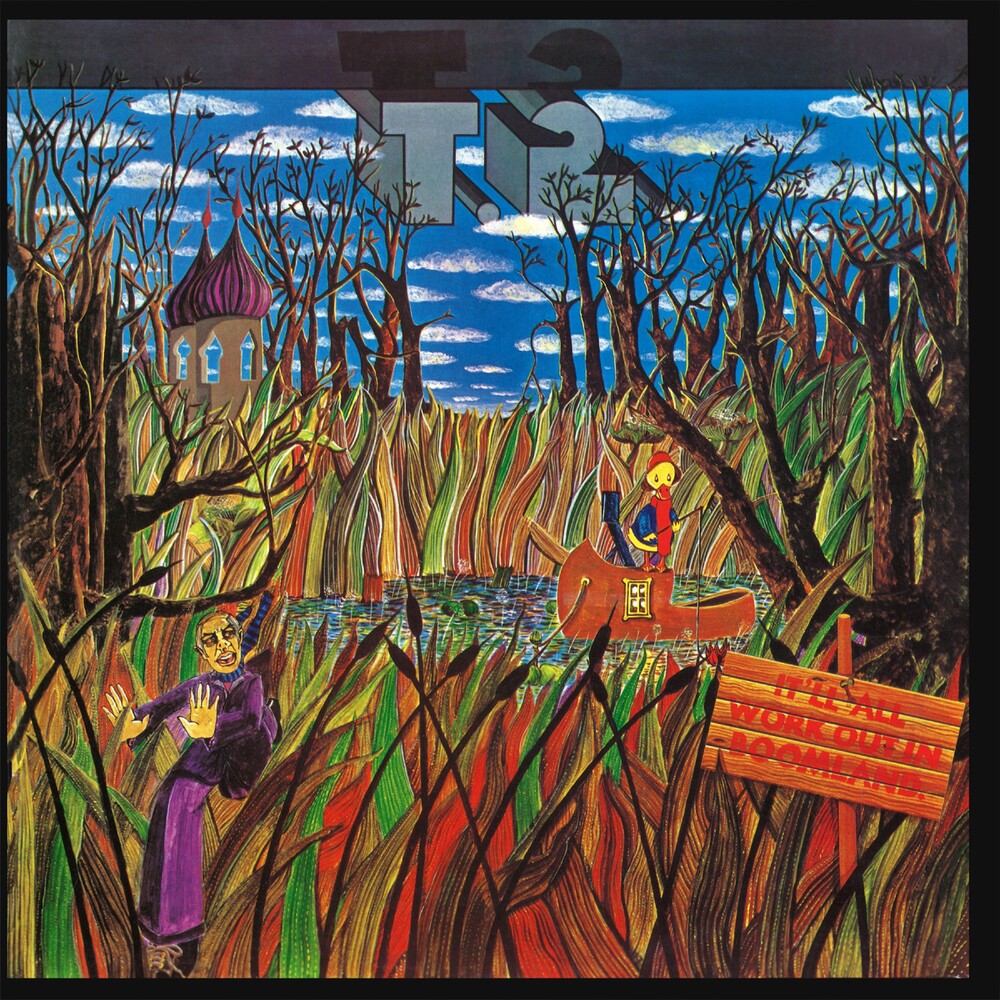 Esoteric Recordings are pleased to announce the release of a re-mastered and expanded 3CD digipack edition of the cult 1970 album by Progressive Rock power trio T2. Formed in 1970 by PETER DUNTON, a former drummer with GUN, and former members of BULLDOG BREED, guitarist and backing vocalist KEITH CROSS and BERNARD JINKS (bass, backing vocals), T2 officially released one classic studio album during their short career, It'll All Work Out in Boomland, issued by Decca Records in July 1970. Taking the template established by acts such as THE WHO, CREAM and JEFF BECK GROUP, the maturity of the music belies the young age of the band. Featuring only four tracks, the album's highlights included No More White Horses, perhaps the piece-de-resistance of the album, an amazingly powerful song with a wonderful horn arrangement, building to a powerful feedback-laden climax and the twenty-minute long Morning. The album earned much praise upon it's release and the band's live performances hailed the teenager KEITH CROSS as "the new Eric Clapton", much against his wishes. Despite this, issues with their record company, combined with a general dissatisfaction led to Cross departing the band after the trio had recorded a series of excellent tracks for a potential second album that failed to materialise after the band were dropped by Decca. By 1971 Bernard Jinks had also departed and Peter Dunton formed a new line-up of the band featuring guitarist ANDREW BOWN and bassist JOHN WEIR. This new line-up performed on the UK concert circuit and also recorded a series of fine tracks in the search of a new recording contract. Alas, by the end of 1972 T2 disbanded. By the new millennium It'll All Work Out in Boomland had been re-appraised and had attracted a cult following among aficionados of Progressive and Underground rock of the early 1970s, even leading to several tracks being sampled by DJs on Dance tracks. This Esoteric Recordings edition has been newly re-mastered from the original Decca master tapes and has been expanded by a further two CDs featuring their later recordings made in 1970 and 1971-1972. T2's sole Decca album is presented here as a recognised classic of the era. Open your ears to Boomland!