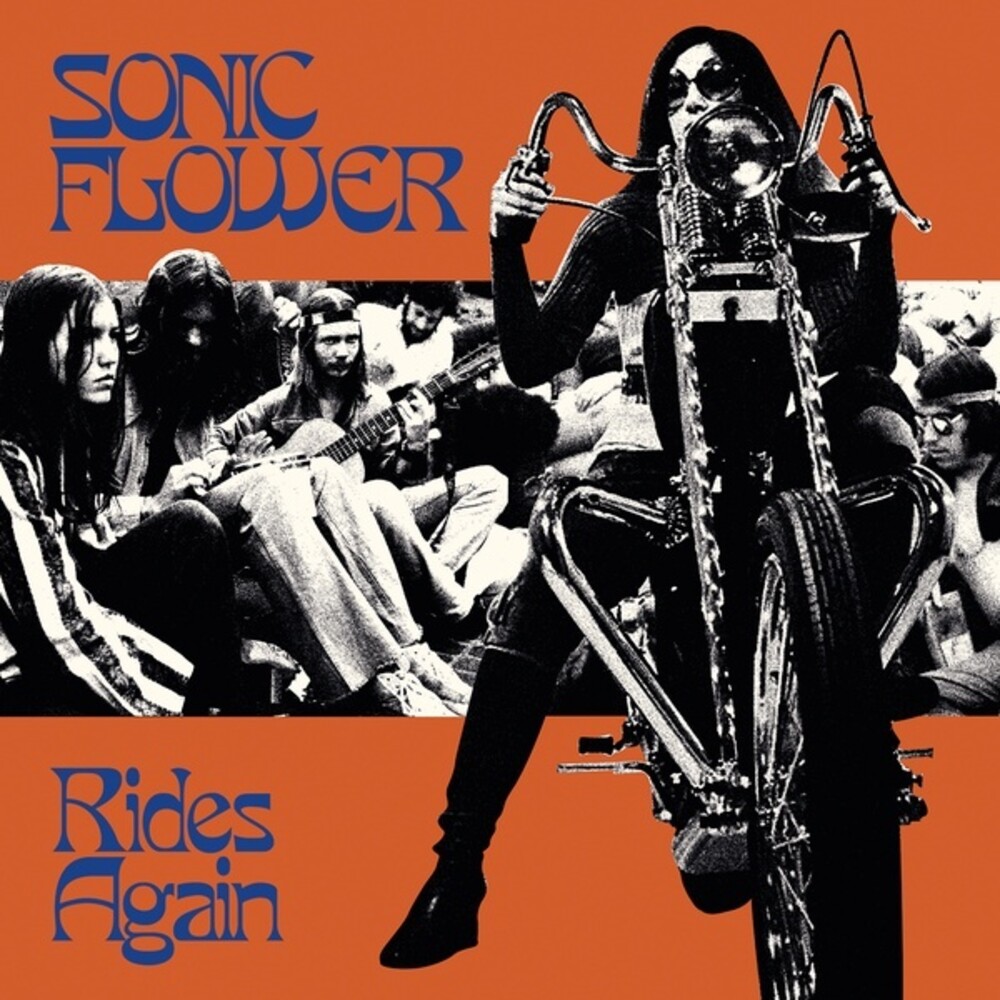 Limited orange and blue vinyl LP pressing. Sonic Flower was formed as a side project of Church of Misery in 2001. Tatsu Mikami (bass) and at that time Church's guitarist Takenori Hoshi teamed up to play more bluesy and non doomy taste instrumental Heavy Rock. They were influenced by famous 70's heavy rock bands like Cactus, Grand Funk Railroad, Groundhogs, Savoy Brown etc. All the tracks on this Rides Again album are unreleased studio material recorded after 1st album came out in 2005. At that time the band members had some troubles during recording, so after the recording sessions they broke up. These tracks were sleeping in the vault for more than fifteen years.