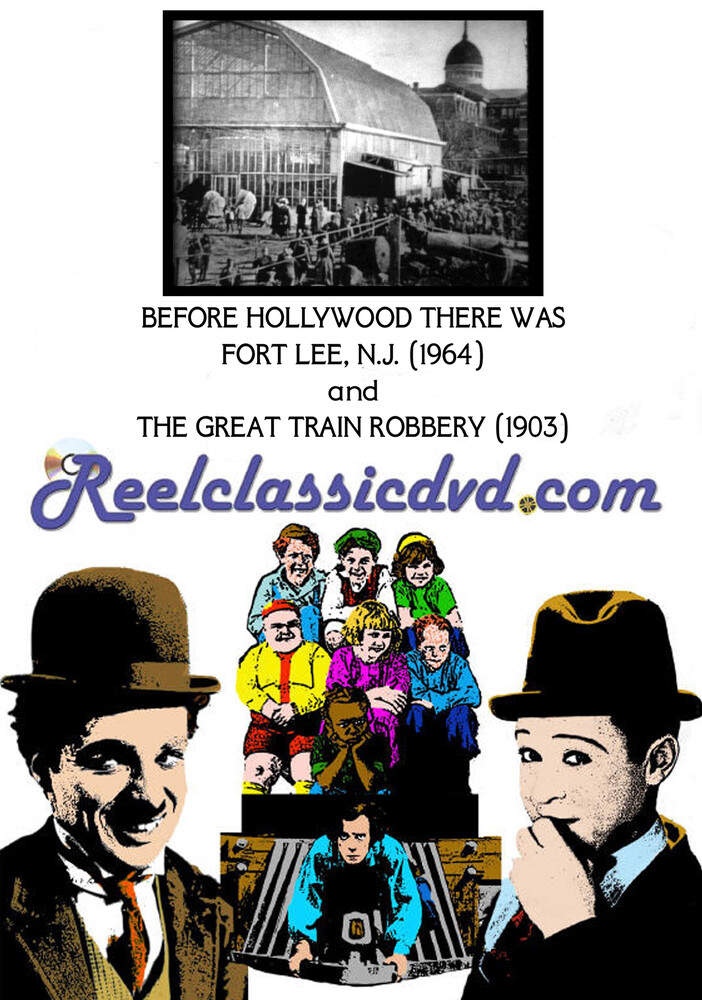 BEFORE HOLLYWOOD, THE WAS FORT LEE, NJ produced by Thomas Hanlon and narrated by Phil Tonken. Sound by Robert E. Lee. Not a silent film, but a tribute to the silent films produced in New Jersey during the pioneering days of cinema. Using clips, stills and complete short films, Fort Lee's unique contribution to the motion picture is chronicled in loving detail. The great stars, the directors and even the studios (some still standing at the time this film was made) are depicted in this film, created and produced in (where else?) New Jersey. THE GREAT TRAIN ROBBERY starring Justus D. Barnes, "Bronco Billy" Anderson and Mary Snow. Directed by Edwin S. Porter and produced by the Edison Manufacturing Company. Shot in several locations in northern New Jersey, this landmark film is one of the earliest American narrative films. Still exciting after more than a century, it tells the story of a group of bandits who violently take over a train, blow up the safe and make off with the cash. Using film techniques that were innovations at the time, the film builds to a climax as the bandits are pursued and gunned down by the sheriff and his posse. Presented in a beautiful hand-colored version.
back to top