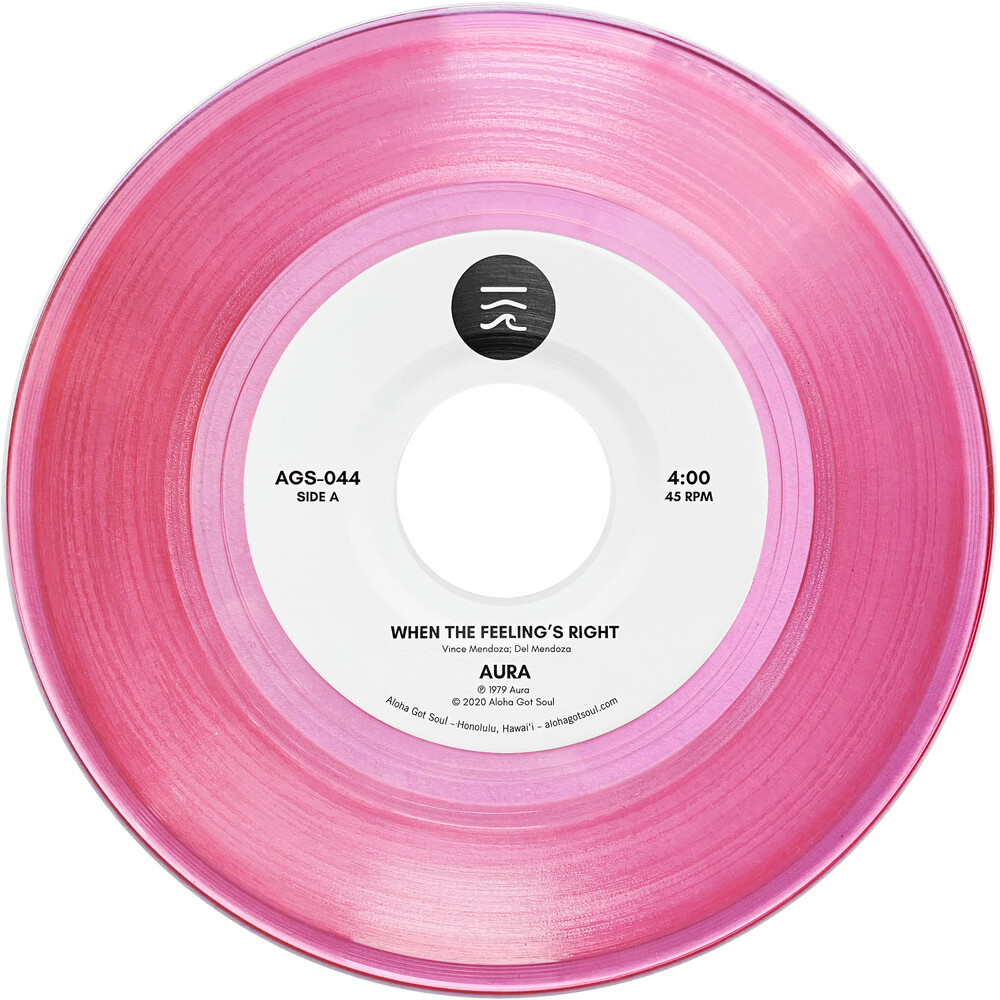 Aura recorded 'When The Feeling's Right' and 'Stop' at Sea West Studios in a matter of 8 hours. Vince Mendoza recalls, 'Gaylord encouraged us to record, he engineered the tracks. This was still early in Gaylord's career when he working at Rick Keefer's studio.' Vince and his brother Del then took the tapes to the local radio station and gave them to Frank B. Shaner, who played the tape on-air - immediately people started calling in to ask about the song. All the ingredients were in place to make a smash hit record - take the island's most popular R&B band, put them into Hawaii's top studio with a reputable engineer, and craft a ballad (and disco-boogie groove) for all the lovers and dancers out there. Then, play the tapes over the airwaves for all of Hawaii to hear.Even Tom Moffatt heard it. The legendary promoter and music executive was convinced that 'When The Feeling's Right' and 'Stop' should be released on a 45, so he pursued the band to press both tracks through his Bluewater imprint. 'When The Feeling's Right' quickly became a massive hit with locals - especially at high school proms. Ask an uncle or aunty today what local high school ballad they remember the most, and it's this: a timeless ballad with soul and style.