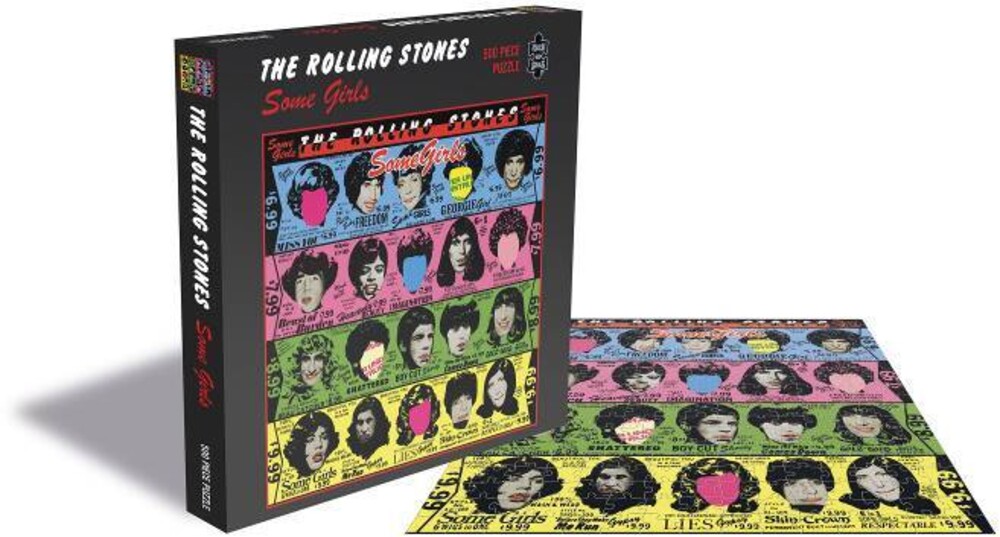 'Some Girls' is the 14th British and 16th American studio album by English rock band the Rolling Stones, released on June 9, 1978. It was the first album to feature guitarist Ronnie Wood as a full-time member. The album was considered a return to form, topping the US Billboard 200 and became the band's top selling album in the United States, with six million copies sold as of 2000. Featuring the hit singles "Miss You", "Beast Of Burden", "Respectable" and "Shattered", the album was ranked number 270 on Rolling Stone magazine's 2012 list of the 500 Greatest Albums of All Time and is included in the Colin Larkin book All Time Top 1000 Albums. The album cover image, conceived by graphic designer Peter Corriston, featured the faces of the band alongside those of select celebrities inserted into a copy of an old Valmor Products Corporation advertisement. Following a legal challenge, the album was quickly re-issued with a redesigned cover that replaced the celebrity images with punk style garish colours and the phrase Pardon our appearance - cover under re-construction. The album artwork is now available as a 500 piece jigsaw puzzle printed on high quality board. 500 pieces, Weight: 490g, Jigsaw size: 39cm x 39cm, Box size: 30.9cm x 30.9cm x 2.8cm